Floating stage in the city 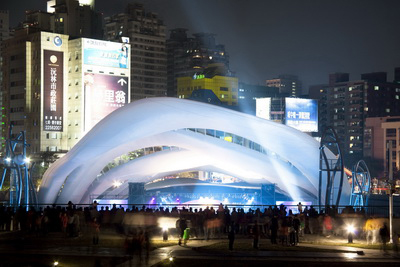 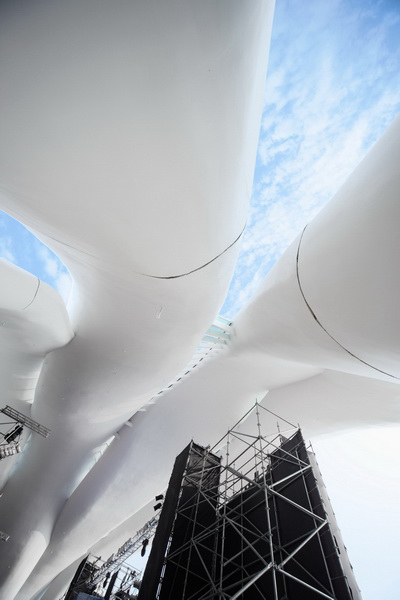 The brief for this design was a canopy, backstage rooms, and other new facilities for an existing outdoor theater in a Taichung (Taiwan) city park.
In 2005, I did the spatial design for an exhibition of contemporary Japanese art in the Austrian city of Graz. Entitled RIBBON, that project featured a ribbon weaving through space, rising and falling, at places becoming the wall of a booth and at places becoming a canopy to guide the visitors. The Graz ribbon figured in the preliminary discussions for this project, so the design concept was approached from that direction. 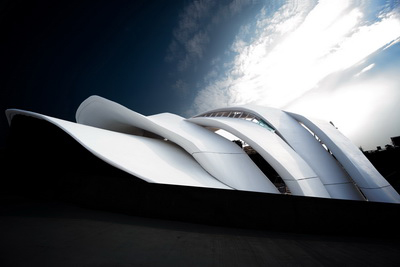 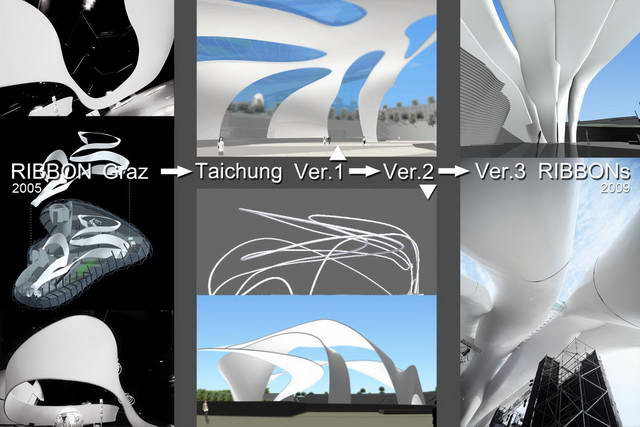 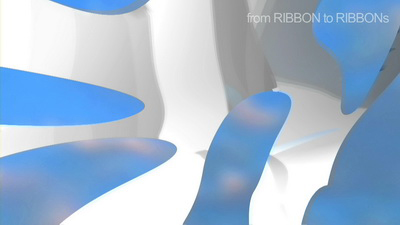 The first proposal was to take a closed curved surface and cut it out with another curved surface so as to leave a shape that fulfilled the minimum requirements of a shell.
Taking advantage of the configuration of the site, where seating for the audience is carved into the ground, the shell was designed so that only its crest would visible from the street (city) side, with its full extent coming into view gradually as visitors approach via a circuitous route through the park.
But the city wanted a design that could be seen easily from the street. 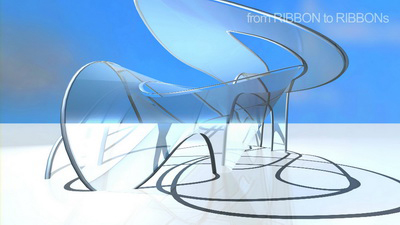 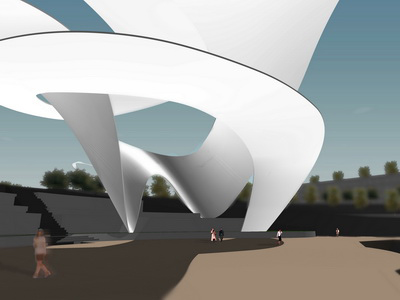 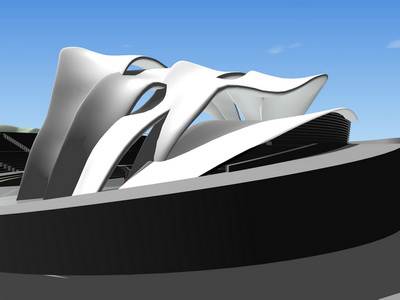 The second proposal was to stretch a surface between two independently varying paths. The result was a ribbon that danced along the two paths, changing its width and height, crossing itself and twisting to open and close and form an overhead canopy.
This concept is a further development of the Graz ribbon, and its direct successor.

The courses taken by the two paths were determined by the designer, but the surface was not – it was generated by the paths.
Ultimately the round dance of the surface was born from the mutually intersecting and revolving paths.
In a case like this, the design work consists of manipulation of the paths to achieve a surface behavior that satisfies the various functional requirements and approaches the (latent) spatial goals of the designer.
The client liked the space that resulted from this proposal.
But it was never built, due to limitations related to structural design in Taiwan and questions of cost.

Ver.3 : RIBBONs/Swaying on the waves 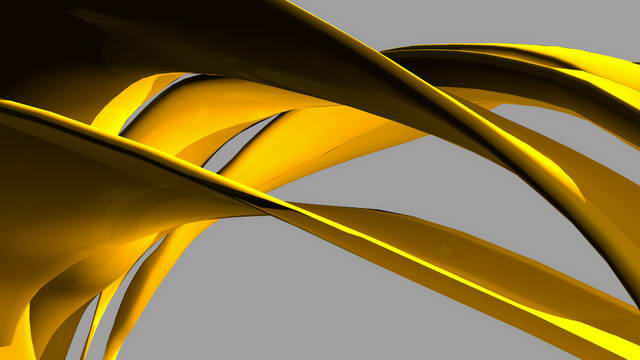 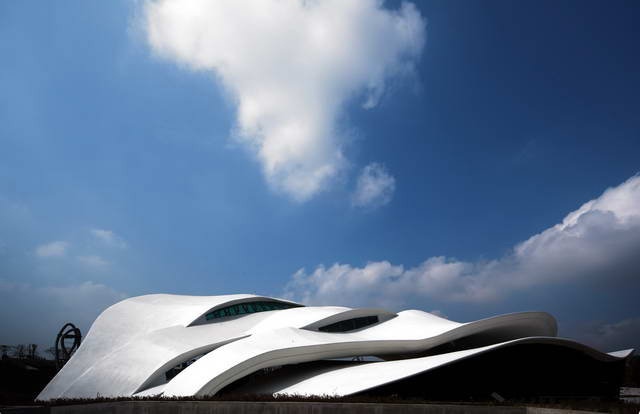 The third proposal, which was chosen for construction, is entitled "RIBBONs". It consists of five wavelike ribbons in a parallel configuration.
Each of the ribbons is a simple 3D curved surface with the addition of a small amount of twist and a slight displacement in phase. But the accumulation of small differences as the wave forms are fitted to each other results in a surprisingly large amount of variation.
Although no special computer program was developed for this project, the principle is consistent with the basic principle of ALGORITHMIC DESIGN, namely that simple operations applied to a limited number of items produce complex results.

A theater is a place for heart-stirring performances and interpretations that rouse our emotions. Shapes like these, which resonate in tune with the required functions, are appropriate for such a space.
The swaying waves contribute to a feeling of excitement and anticipation of what is about to occur.

A stage that incorporates the cityscape 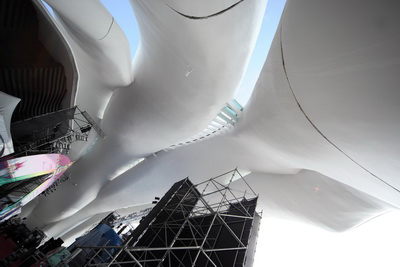 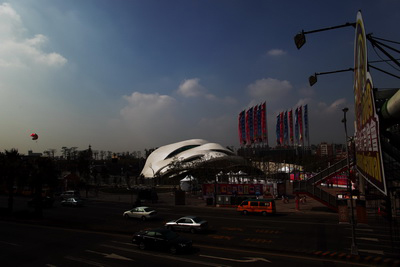 After meeting all of the functional requirements, the next step was to make RIBBONs as open as possible, floating high above the site. To achieve this, the backstage rooms were placed below ground to give them a lower profile.
Beneath the waves and in the spaces between the waves can be seen the buildings of the city.

The rhythm of the cityscape and the undulation of the waves reinforce each other, so that the city as a whole becomes a background to the theater.
This is the result of a conscious decision to exploit the environmental conditions – an outdoor theater on a site surrounded by buildings – in the spatial configuration of the project.

Instead of creating a separate world isolated from the cityscape, the theater incorporates its surroundings. While maintaining its own identity, it is open to the environment.

This project will be a success if performances in the theater escape the limitations of the physical stage and extend out into the city.
If it can achieve this, RIBBONs will transcend its role as canopy and play a role in expanding the functions of the theater.
(co-architect:J.C.Yang Architect & Associates)